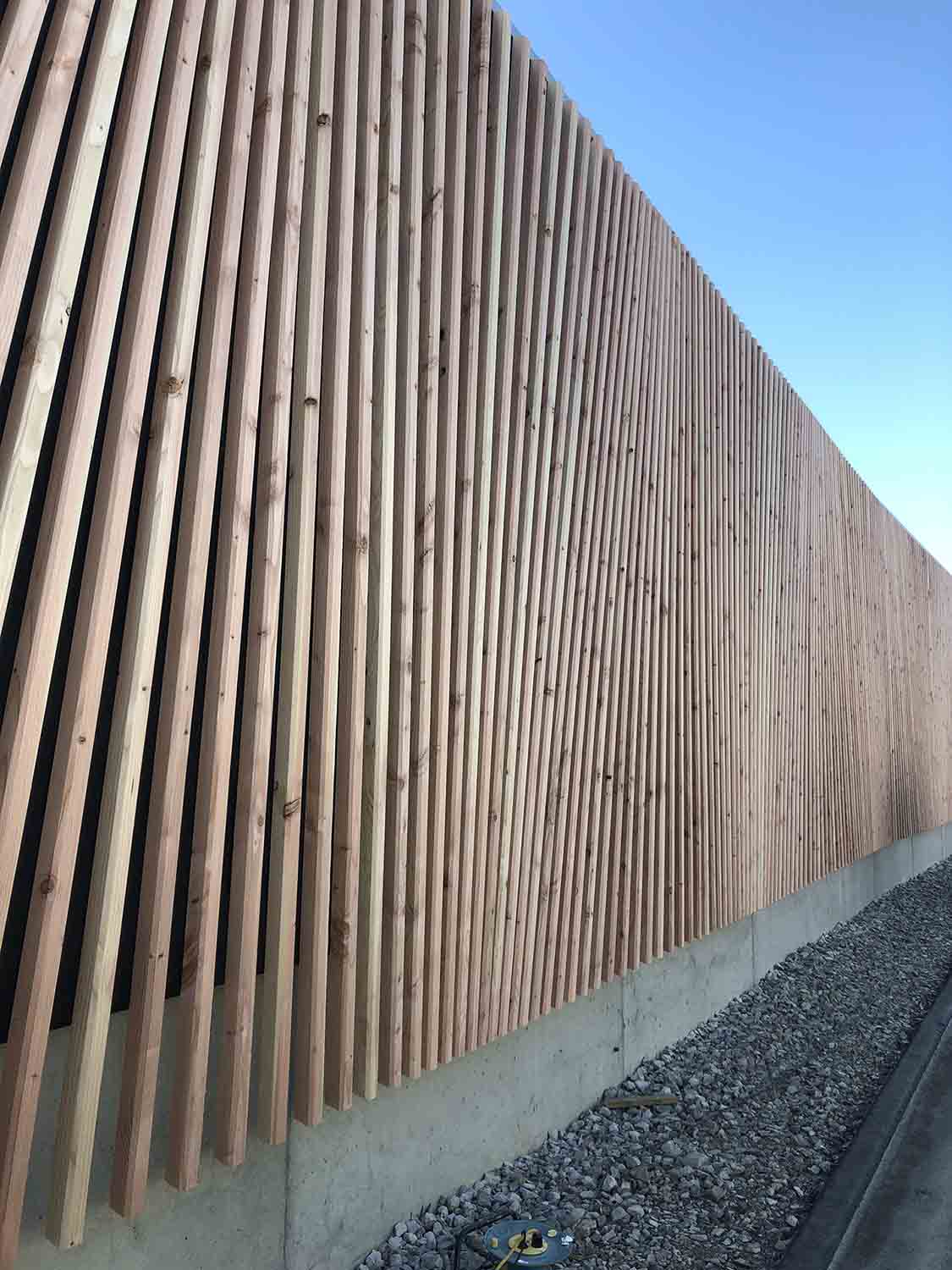 In 2019 ERNE AG Holzbau in collaboration with Edyta Augustynowicz developed and constructed the customized noise barrier in Olten. The direct purpose of this project was to reduce the impact of the noise from the road on the planned apartment blocks on the opposite side of the street.  The system was also intended to be used as a façade system of the planned building. To reduce the direct and reflected sound waves and to improve the ambient condition in the inner courtyard of the building, the designed system worked as an absorbent and through optimized geometry, also as a sound diffuser. To improve the monotonous visual appearance of existing wooden acoustic walls, ERNE proposed a robotically assembled system, which was characterized not only by the unique aesthetics but also could be produced with a comparable price to the standard acoustic systems (CHF 175- /m2). 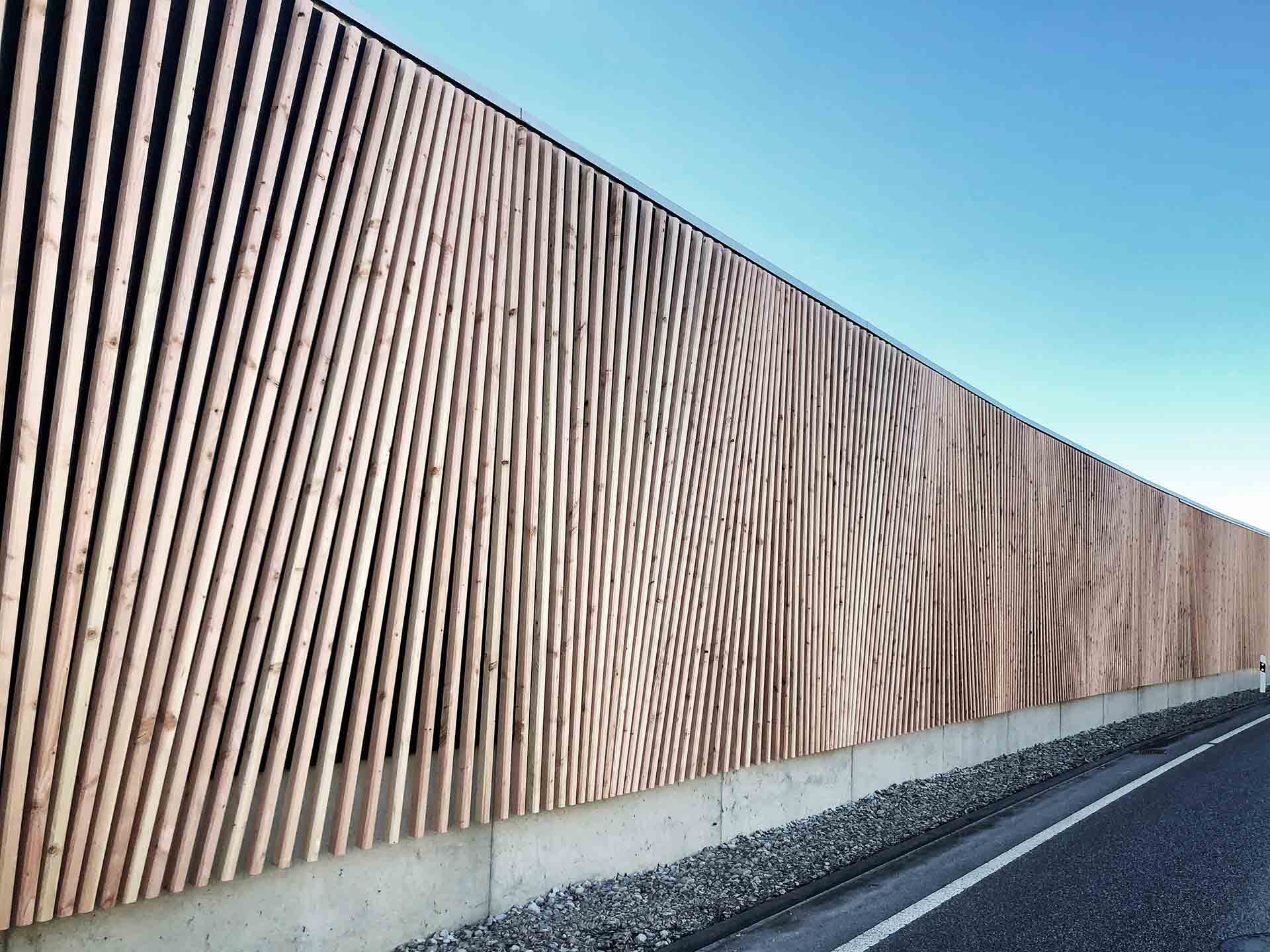 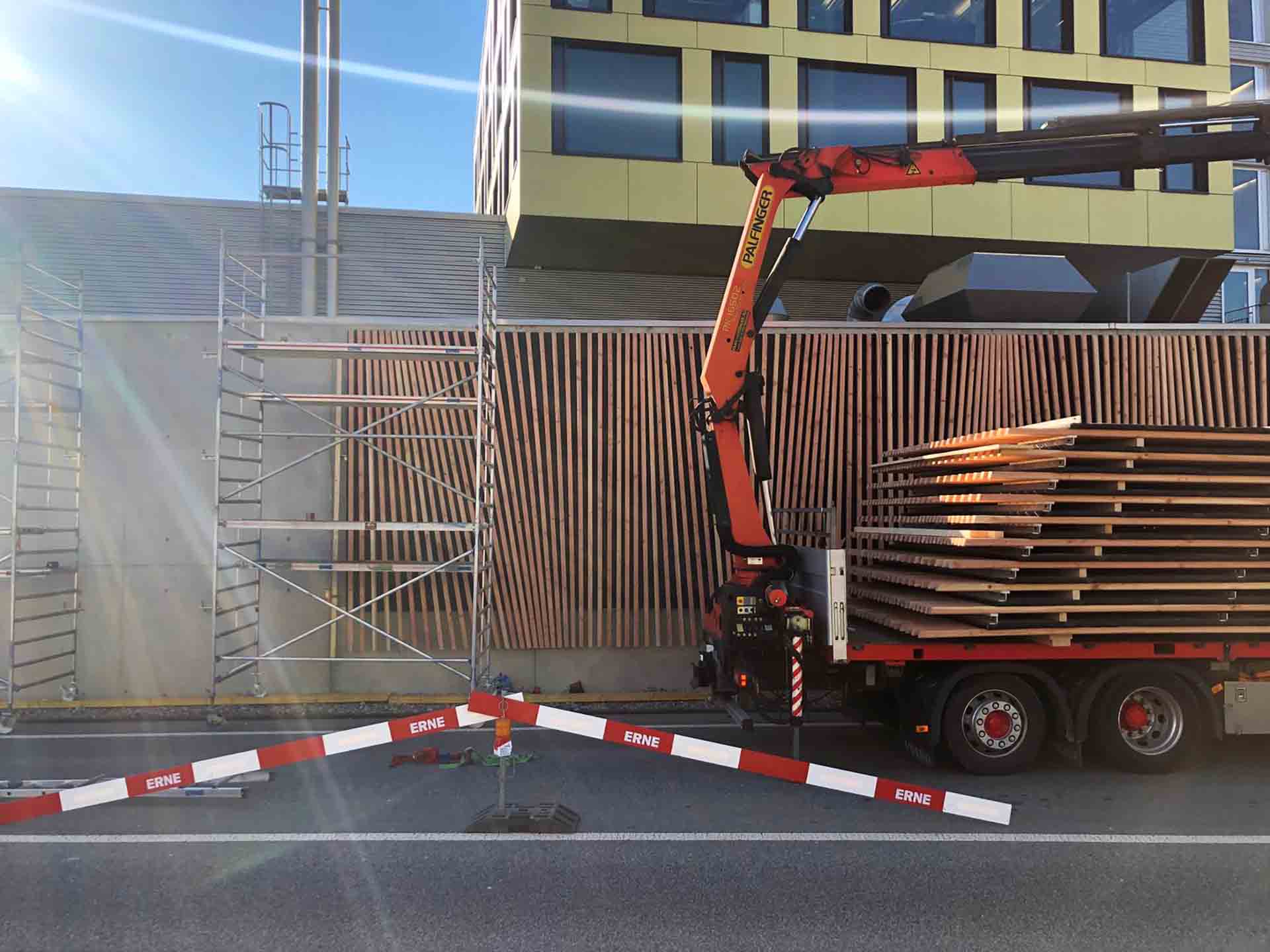 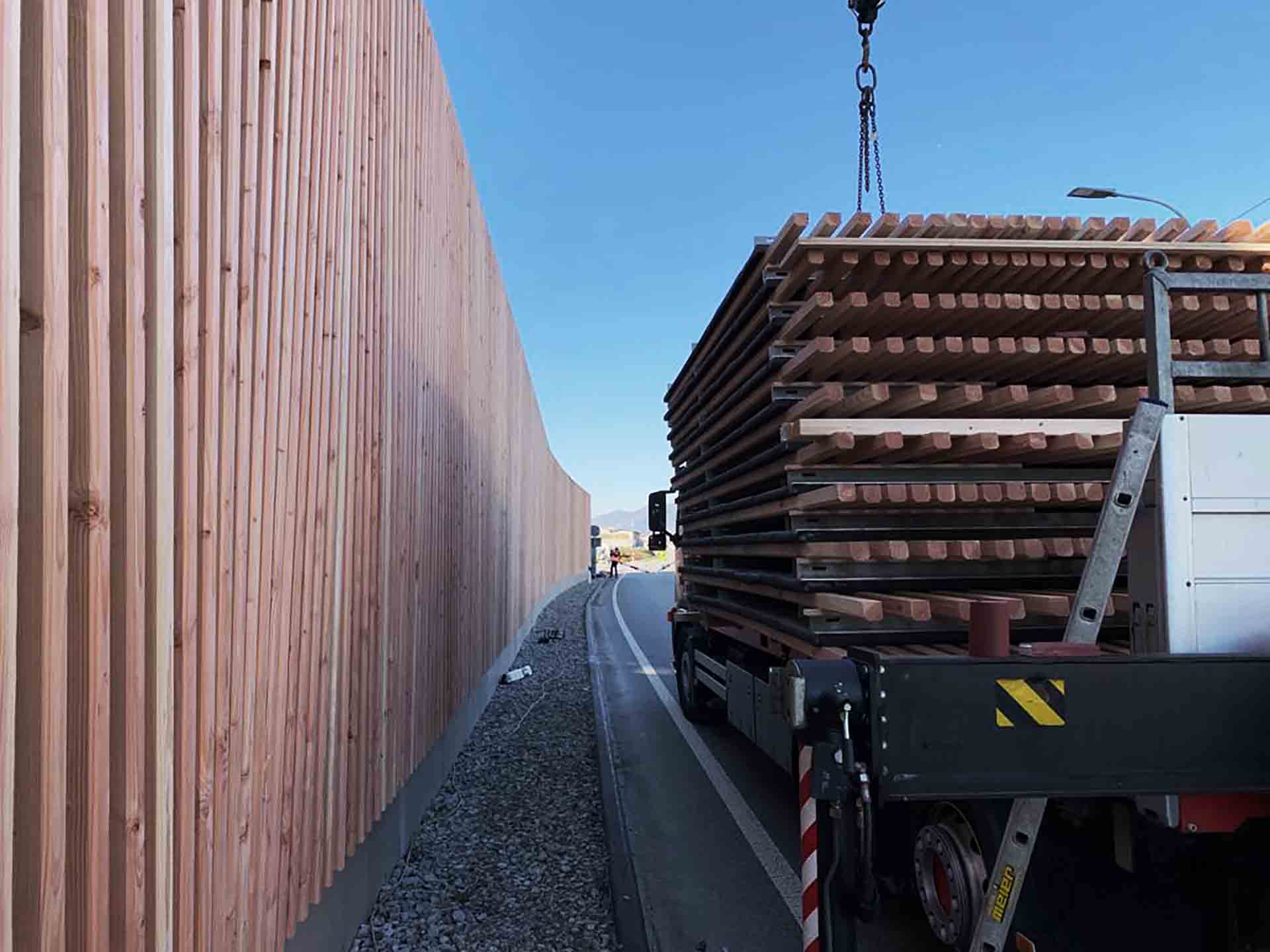 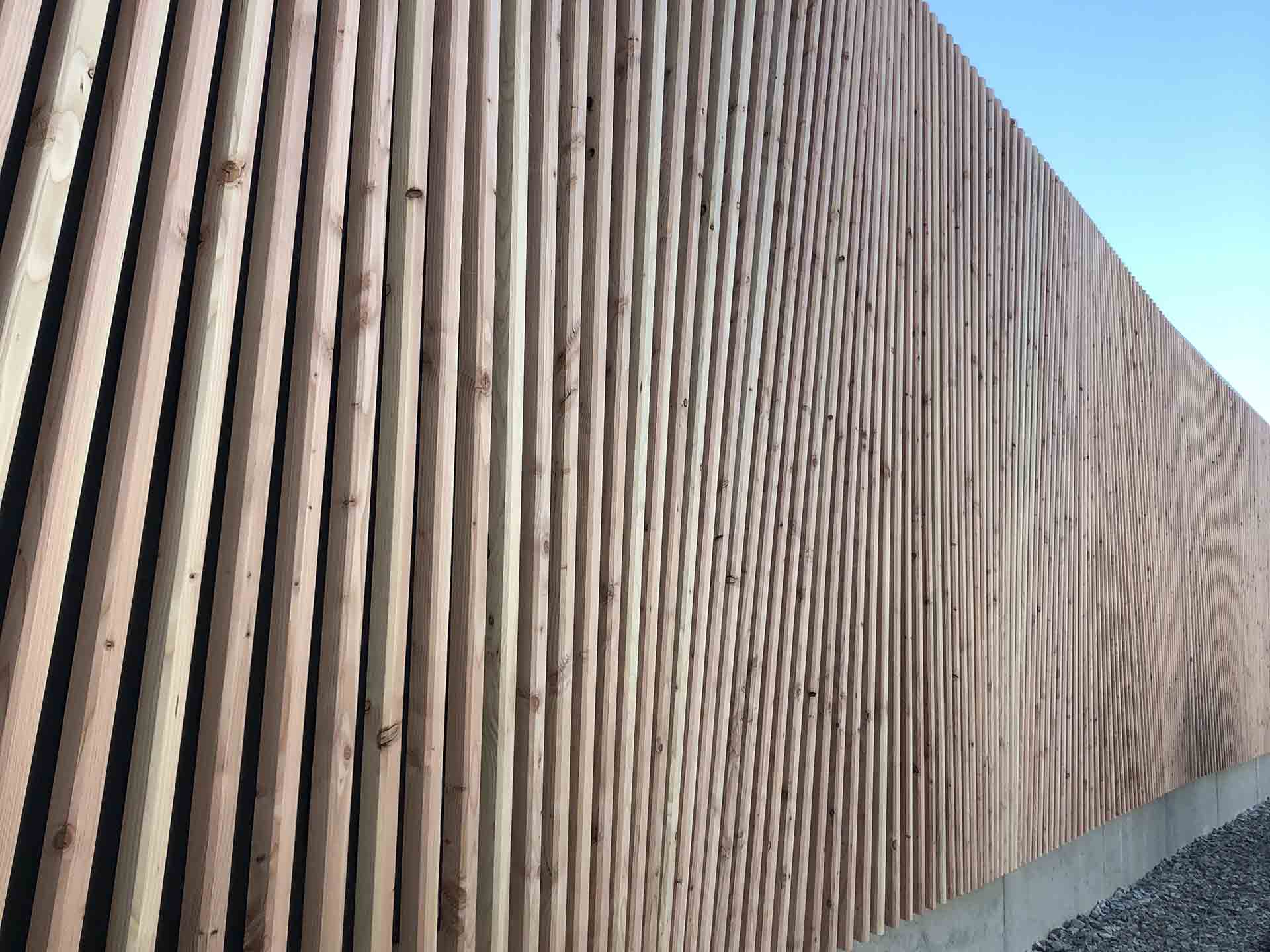